A PHP Error was encountered

Message: Only variable references should be returned by reference

So me and James had this crazy idea 1 year ago. We got together and decided to build apps. We were trying to figure out the best way to make some money for college.

And that is how Pig Avengers was born.

We thought it was a crazy fun idea to work on! We had no idea what we were getting into. I had never built a game before or knew how to use the design programs. We had nothing to lose, so we started working on it.

We made tons of plans, sketches, drawings, concepts, sounds, programs, tests and designs. We became experts at what we do. We learned everything on the spot and no one believes that we made it. 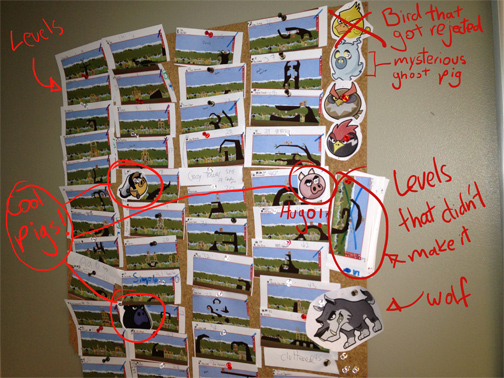 We wanted to make a popular game and have people build their own levels. AND ITS FINALLY DONE! Honestly, we thought it was going to take only 3 months or so... not 1 whole year... whatever...

Hopefully we can get to the top of the charts on the App Store. Dont forget to download the game!

Some of you must know already, but I didn’t. I was wondering why the heck was Apple’s Stock going so high. They went from 400 to 600 in only 3 months. The growth has always been a steady upward inclination but if you look at the graph now you can see what I’m talking about. The whole time I was thinking that this happened because of the iPad 3 announcement, it’s not even that cool. It also didn’t make sense because the thing was not even out yet.


So this is how I started connecting the dots. I was looking at some patent attorney’s website. I was checking his work to see if he could help me out with a patent I want to get done. Very lame site if you asked me, I didn’t think much about this guy. And then… I saw on the very top of his experience section, Patent number 20120016678. It was called the “Intelligent Automated Assistant”, published on Jan. 19, 2012. I clicked on the file and looked at it trying to figure out what the heck was this. It was Siri!!! She got patented and all her processes! That is insane. That is why Apple’s shares are going nuts right now. They are currently at 599 and I can easily see this going all the way to 1000. I remember when they were only sixty five years ago. Wining the patent on Siri gives them complete dominion on the area of this “intelligent assistant” and she will only get better. I do think that it will slow down the progress on technology if Apple is the only one working on this. No one else can contribute to the development of the assistant because of Apples ambition. Which I’m fine about it, I like Apple.


So I kept looking around for more info. I couldn’t understand why did that information slipped through my filters. Why didn’t I know about this patent?! Now it’s going to be even harder because I deleted all my social media apps from my phone… I’m Crazy, but right now I need the time. So while I was looking around I found this awesomeness.


This video is from 1987. Steve Job’s vision has become a reality and now I find it easier to believe that it will soon be capable of more. Watch it. Who would have thought, back in the day that that was going to ever be possible? From the touch screen, to the Face time almost all of it is real now. He truly was a visionary man and he would get things done.


It’s incredible to me, how a man can close his eyes and see all this incredible things inside. It seems to me that he would act on impulse on his ideas. The cause and the desire to make things better was so great in his eyes that it couldn’t be stopped. It’s the same for everyone. You can see as far as your knowledge and resources let you and when your vision is in the realms of reality, that’s when you should act. When your visions are in the scope of reality and you honestly let them flourish according to your knowledge, great things are created. The hard part is the second part. Making it happen.


P.S. If I made grammar errors, dont judge, Im Mexican.


I need to work on the Leading (distance between text lines) of this blog. I also need to polish the Facebook thing and the Twitter thing.

GoTo is in number 17 in the appstore

This is incredible! We made it to the top charts! It was not that easy, the first few days it was horrible for GoTo. We only had a few downloads and we disappeared from the New and Noteworthy list in a few hours. That happened because we send the app to the Appstore for approval and then it got publicized without us knowing. Yep... that was really bad. It was in the Appstore for like 4 days without us knowing. As soon as I noticed I started doing all the Social Media Marketing we had planed. I spend the whole Monday doing it until very late. Then the next day we started seeing all the fruits of our labors.

\n\n
\nGoTo climbed to number 17! We were very pleased and happy that our hard work started to pay off.